How I migrated my Ghost blog to Jekyll

Another migration of my blog? After running it for almost three years I thought it’s time for another change. The Ghost platform introduced a lot of changes and updates (with features that I don’t need) and caused me quite some expenses on my Azure subscription (around 50$ each month). Furthermore I wanted someting looking more clean with more focus on the writing part without a lot of fancy add-ons and functionalities. But it still had to cover features like tag summaries, yearly archive and a site search (Ghost doesn’t ship with those features out of the box). Because static sites seem to be a thing now I thought let’s hop onto the static site generator train.

I did some subjective research and decided that it will be Jekyll. I’ve chosen Jekyll because it’s quite easy to understand compared to hugo. Although hugo offers GraphQL which allows you to generate blog posts basically from any source including a REST API and Ghost has such an API in place which provides access to all posts.

To sum up the evolution of my blog:

Since the beginning of my blog I had my DNS zones running on Cloudflare including CDN features. When I migrated from Wordpress to Ghost I also migrated the comments to Disqus -> so for this migration I didn’t need to change anything regarding comments.

Brief steps of the migration

The whole migration process took me about five hours. these are the main steps involved in the migration from Ghost to Jekyll:

Pros of my new blog architecture:

To end this post in style here’s a little architecture overview of my new blogging platform: 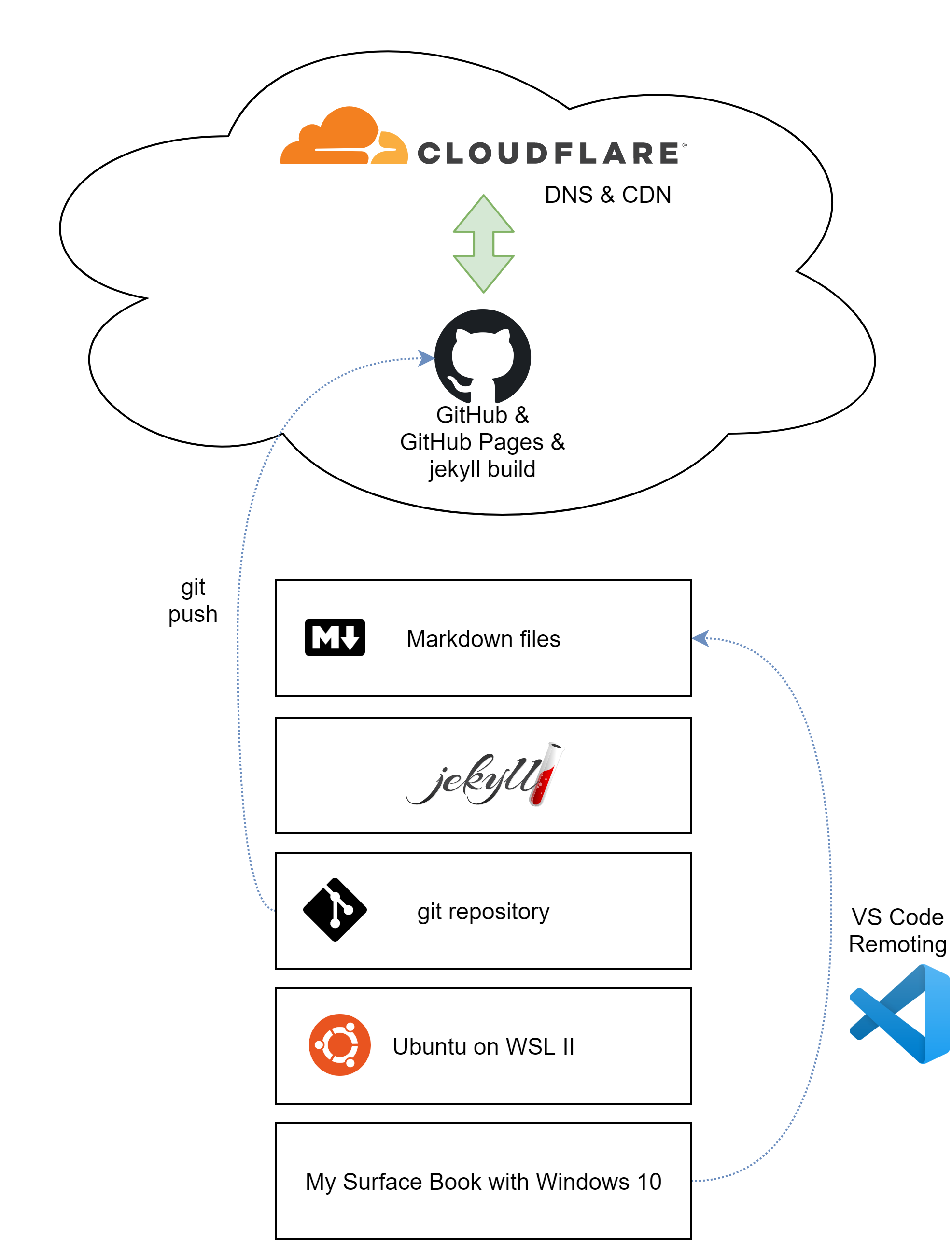 That’s all folks. The next blog posts will be again about EM+S and I will try to blog more frequently.

While fine-tuning and adjusting applocker policies for co-managed Windows 10 clients I got really annoyed by special characters commonly used in the German/S...

When working with the Microsoft Graph API or introducing the API to colleagues I often get asked about the steps required to obtain an access token for the A...

While doing some Android Enterprise enrollment tests for corporate-owned devices with work profiles I stumbled over the following issue after signing-in with...

Windows Terminal and SSH - the most beautiful SSH client?

I like to have a linux machine for some lab stuff which I can access from multiple machines prefereably over SSH. Because Windows 10 ships with an integrated...