Recently I needed to assign a lot of Microsoft licenses to different Azure AD groups. Unfortunately Microsoft does currently not offer a solution to do this (yet). Instead of giving up on this I decided to analyze what actually happens when you assign a license to a group in the Azure portal and found some actions going on within the hidden portal API. As an outcome I built a PowerShell module to manage Azure AD group based licensing assignments.

The PowerShell module uses the “main.iam.ad.ext.azure” API for the license operations and the AzureRM module to get an access token for the API. Please note that the mentioned API is not officially supported or documented. Although the API is being used by the Azure Portal for settings you configure via the portal.

Kudos to Jos Lieben for his “pioneer work” documenting on how to get an access token for the API.

The PowerShell module can be installed directly via Install-Module -Name AzureADLicensing or manually downloaded from GitHub or the PowerShell Gallery.

First install the Module as documented on GitHub.

Get available service plans for a license: 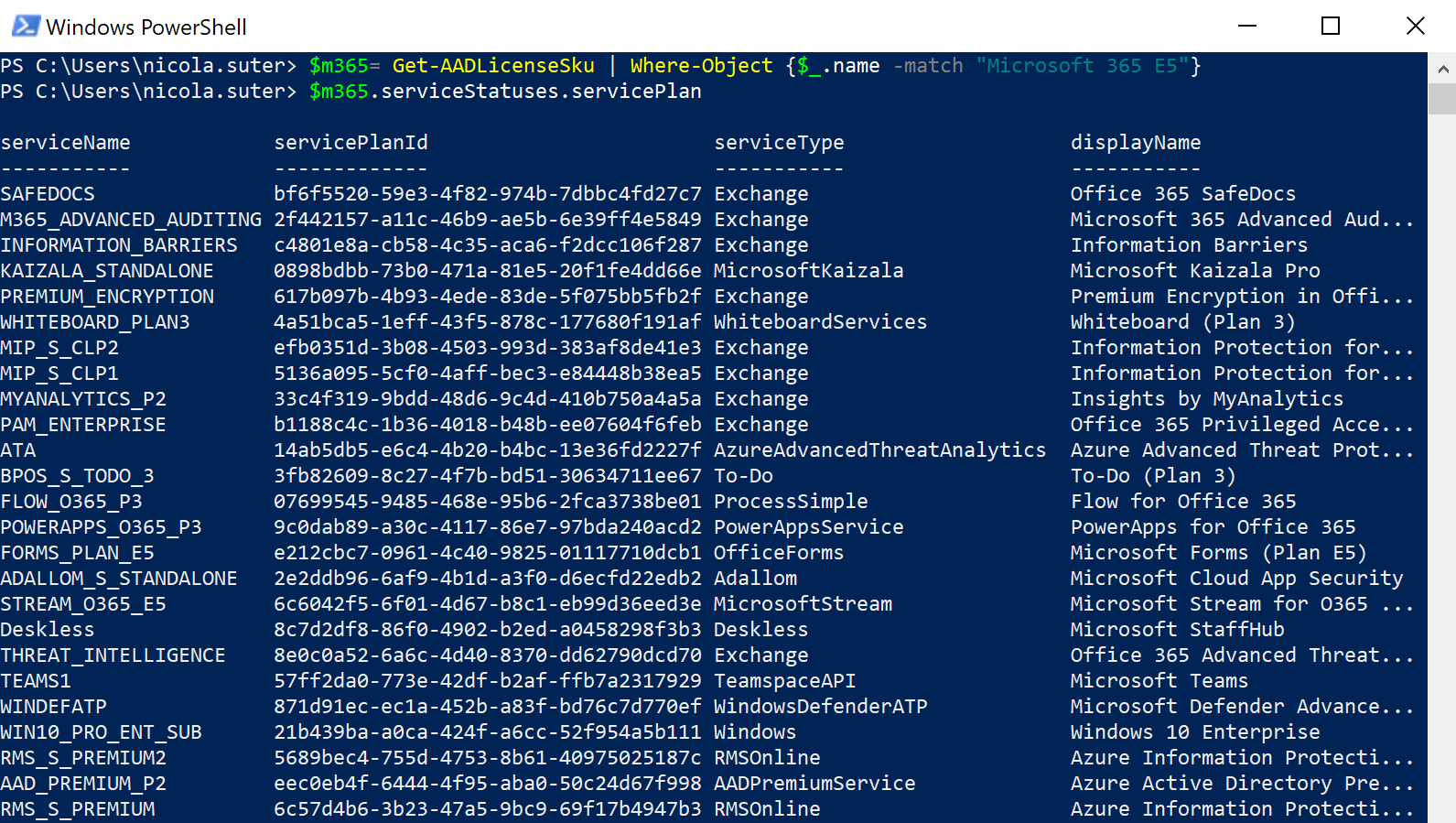 More examples are available on GitHub.

When working with the Microsoft Graph API or introducing the API to colleagues I often get asked about the steps required to obtain an access token for the A...

While doing some Android Enterprise enrollment tests for corporate-owned devices with work profiles I stumbled over the following issue after signing-in with...

Windows Terminal and SSH - the most beautiful SSH client?

I like to have a linux machine for some lab stuff which I can access from multiple machines prefereably over SSH. Because Windows 10 ships with an integrated...

When involved in new projects I often find a bunch of old profiles in the Microsoft Endpoint Management Console. Before going ahead with a new implementation...